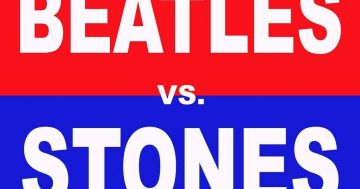 Who is your favourite band of all time… the BEATLES or the god damn ROLLING STONES? After so many people didn’t get into Bassy in January 2017 we will try to answer this question another time.

We again have invited some of the best bands that Berlin and the music scene has to offer. They will choose represent the band they love with cover songs as well as new takes and renditions of all their favorite Rolling Stones or Beatles songs.

LINEUP – Following bands will send members (or the whole group!) to fight this battle:

In between and afterward we will dance the night away with some fantastic DJs spinning Rolling Stones and Beatles, as well as music that has influenced the bands and other covers all night long.

All proceeds will go to The George Harrison Fund for UNICEF, more than 40 Songs in the Setlist and 50 Musicians on Stage.
https://www.unicefusa.org/mission/usa/george-harrison-fund
The first contingent of tickets for 10€ is available here. The price will be raised to 20€ when they’re gone! Get them here: https://bit.ly/2XnwxSc