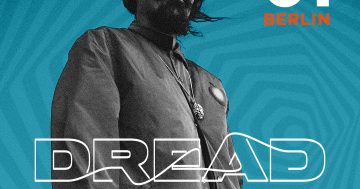 Dread Mar-I is a charting, best-selling Argentine reggae singer, songwriter, and bandleader. His sensual, passionate vocal delivery ranges over a style that combines deep roots reggae with the sweetness of lovers rock.

His first professional gig was as lead singer of the Reggae Messengers. After three years, Dread put together a band and went solo. His debut album, Jah Guia, was initially issued independently, but garnered wide attention when a couple of enterprising DJs decided to play it. His gigs got larger and soon the major labels came calling. His reputation also extended into the Caribbean: 2011’s Tranquilo was a collaborative album with no less a talent than Jamaica’s Luciano. With his new backing band, Warriors of the King, he took his show to Mexico and the United States.