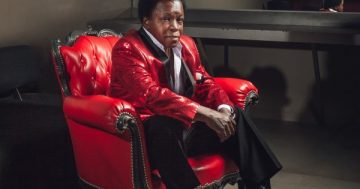 New York, NY (August 30, 2016) – It’s hard to find another active singer today that has the background Lee Fields does: a first release in 1969, records on thirteen different labels, and close to 47 years of music making, touring and recording. Backed by The Expressions and their incomparable soul-sound musicianship, Lee Fields will release Special Night on November 4 via Big Crown Records. Noisey broke the news on Monday, along with a premiere of the title track and an extensive Q&A with Fields. “Special Night” is available now and you can read the full interview with Lee HERE. The formula seems to be two-fold: sticking to the raucous-yet-tender voiced soul music Lee Fields has always made, yet updating it–pushing the boundaries of what it can be. The result is an unmistakable sound, something that, as Pitchfork put it, “isn’t indebted specifically to Atlantic or Stax or Philadelphia International or Chess or Fame or Motown so much as it’s indebted to all of them at once.” This is why no one can call a Lee Fields record on Big Crown a “throwback.” It has hints, sounds, and feelings that may be familiar but then there are textures, themes, and approaches that challenge the genre and stretch the sound into something else, something decidedly Lee Fields. Possessing a voice that’s equally raucous and tender, North Carolina native Fields, crafts a truly honest, soulful work. „This is a record about what people do in real life,” says the singer. For one example, he cites the yearning „Work to Do“, which entails a „a guy going to counseling, drinking too much, apologizing to the old lady and trying to keep family together, doing the manly thing.

Adds Fields: “When I record, I make every song like I actually mean it. I mean every word I say. On ‚Special Night‘ I’m talking to my lady — literally, expressing the way I feel. You can tell if a song is real or not. And every moment I’m recording, those moments are real.” Meanwhile, album standout “Make This World” works both as militaristic funk and a cautionary tale about the health of the planet. “The world was designed to last indefinitely,” says Fields. “And we’re the only living species on Earth who can alter that process. I’m hoping that song has a chain reaction, helps somebody put into action whatever contribution they can to change what the world is going through.” Fields and his six-piece band will tour in the fall, where he notes the audiences seem to be growing and changing. “I’m seeing a younger crowd,” he notes. “And that’s a blessing.” From sold-out shows in music meccas like New York City, L.A., Chicago, Berlin, London, and Amsterdam to TV performances in France, the UK, and Germany–there is a perfection and evolution of the soul sound from Lee Fields & The Expressions that everyone needs to hear.