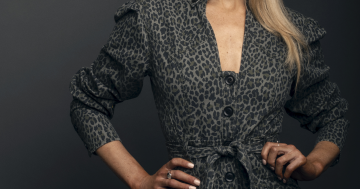 Verschoben / Rescheduled: As Nikki must undergo emergency vocal chord surgery, the 16th. of October 2022 show on Nikki Glaser’s One Night With Nikki Glaser Tour at Columbiatheater in Berlin has been rescheduled for 14th of May 2023. All tickets for the original performance will be honored, so patrons should hold on to their tickets. For ticket inquiries, please contact point of purchase. For tour information, please visit nikkiglaser.com [nikkiglaser.com].

Nikki Glaser is one of the funniest female voices in comedy today. For over a decade at clubs across the USA, and as the host of three hit podcasts, the host of the reality dating series Fboy Island and the host of Comedy Central’s first live daily morning show, “You up with Nikki Glaser” she has been honing her shockingly-honest, no-holds barred style of comedy.

Nikki has multiple stand-up specials and late-night tv appearances in which she jokes about her most humiliating moments as a woman in the modern world. Nikki’s past and current struggles with anorexia, depression, and anxiety are fair game in both her stand-up and in several in-depth interviews. In Nikki’s recent Netflix comedy special, BANGIN’ (2019) she bares all about sex, sobriety and getting over her own insecurities without sparing you the details.

Nikki reconnects with her roots in her latest reality tv show “Welcome Home Nikki Glaser?” which premiered on the 1st of May this year.

She has become a complete open book on mic – and not just for the laughs, she’s also adamant on being the empowering voice for women that she yearned for as a young, confused, adolescent herself.

This July, she is kicking off her worldwide comedy tour, ONE NIGHT WITH NIKKI GLASER and will also show off her shockingly-honest sense of humor in Germany in October.