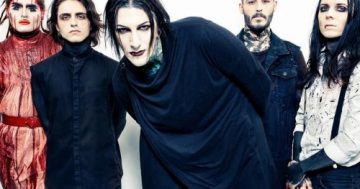 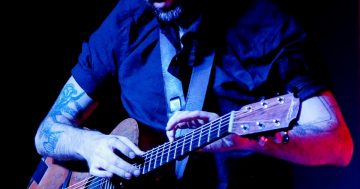 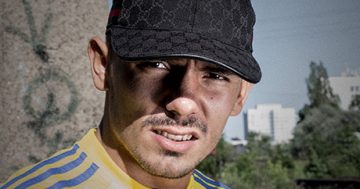 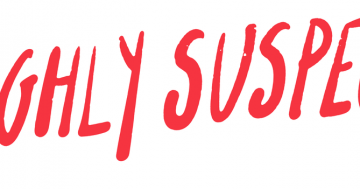 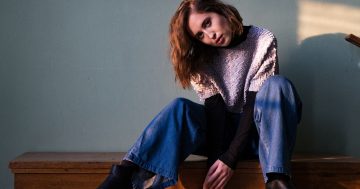 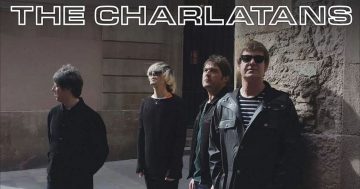 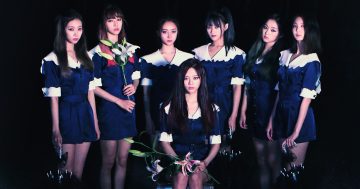 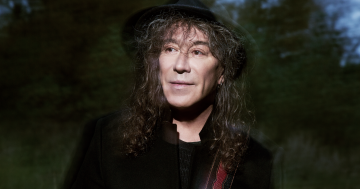 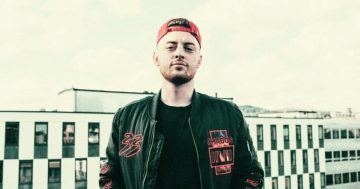 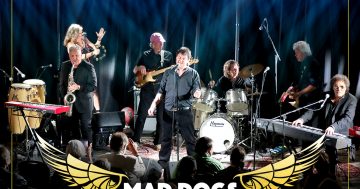 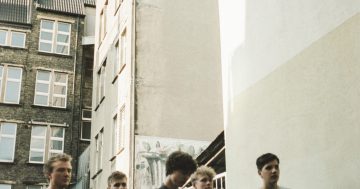 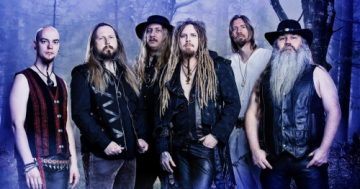 Fr 16 Feb 2018 Archiv
Ausverkauft / sold out Örtlicher Veranstalter Website
Festival-storming trio Highly Suspect returned with second album
The Boy Who Died Wolf
on November 18th,
2016. The moving, jubilant LP from the Brooklyn alt-renegades fo
llows two Top 10 Mainstream Rock hits („Lydia,“
„Bloodfeather“) and
two Grammy nominations
(Best Rock Song, Best Rock Album) just one year from the
release of their 300 Entertainment debut, 2015’s Mister Asylum.
For the follow-up, the band
—
Johnny Stevens
(guitar/vocals), and fraternal twin brother rhythm section R
ich (bass/vocals) and Ryan Meyer (drums/vocals)
—
are
reappearing stronger, livelier and more mature. The effort earned the bo
ys a third Grammy nominated for
Dz
My
Name Is Human
dz
(Best Rock Song.)
„The title The Boy Who Died Wolf, it
’
s like, we were so young and now we’re adults,“ says Stevens. „I went
through a lot of issues that I had to sort out and sometimes
I can
’
t believe that I’m alive. And now here I am
traveling the world with my best friends, making music, and l
iving the exact dream that we had set out to
accomplish a long time ago
…
We’re learning a different lifestyle. And it’s good, it’s positive.
But it’s also hard to
let go of everything that happened in the past.“
That new lifestyle comes in the wake of success that’s snowball
ed since 2014, featuring Grammy nods; radio
smashes; stops at major festivals (Lollapalooza, Bonnaroo, Readin
g and Leeds and so on); tours alongside Scott
Weiland, Chevelle and Catfish & the Bottlemen to name a few; tou
rs around the world including Australia, New
Zealand, Europe and the UK as well as multiple headlining to
urs in the United States one of which is currently
underway. The feeling of celebration infuses The Boy Who Die
d Wolf, while still heading into haunted regions of
Steven’s past, yowling somewhere between the metronomic robot metal o
f Queens of the Stone Age, the bluesy
wallop of Jack White and the feedback-shrieking noise-pop of
In Utero-era Nirvana.
To record the LP, the band traveled far from their New York comfort
zone to Bogotá, Colombia, recording with
Mister Asylum producer
Joel Hamilton
(The Black Keys and Wu-tang, Tom Waits, Elvis Costello,).
„Normally we would record in New York or L.A., and when we’re in tho
se places we just have too many
distractions, too many friends,“ says Stevens. „When you’re trying to
make art.. pure art, it’s good to be secluded.
So we were literally in a fortress, 20-foot walls all around thi
s compound in the middle of Bogota.“
„The energy around you, the culture that you’re taking in, will
affect the songs,“ he continues. „We were really
enjoying ourselves. So I think there’s a little more step to this al
bum. There’s happier tones. There’s some dark
stuff too but there are simply more uplifting moments on this al
bum. I think we finally realized we are supposed
to be here making music. That people like what we do. We had mo
re trust in ourselves and each other and just let
the music come out.
The upbeat vibe begins to show its face lyrically in the lea
d single „My Name Is Human“ („I’m feeling the way that
I’m feeling myself“), and then appears full force on the blaz
ing desert-rock dynamite of „Postres“ („I’m havin‘ fun
for the rest of my days“), but takes a back seat in their dr
eamy cover of Real Life’s 1983 new wave swooner „Send
Me an Angel“ and on the anthemic „Little One“ which reminds us
all of the hopeless, lovelorn pangs that most
have undoubtedly felt in the pit of their guts somewhere alo
ng the lines. But even the more serious songs are
steeped in an unrelenting optimism. A great friend of theirs t
ook his own life while the band were in Colombia, to
which they responded with „For Billy,“ a beaming post-grunge bu
rst.
„The song is not a downer, it’s sad, but it’s a charged up ant
hem,“ explains Stevens. „It’s what he would have
wanted. It was a really sad moment but he was such a happy p
erson. So that song is something he can blare
through his Harley speakers wherever he is now .“
Johnny describes Billy as an „original crewmember“ of MCID, the c
ollective shouted out on Highly Suspect’s
jackets, hats, lyrics and tattoos. „That’s our ethos,“ says Johnn
y of the acronym that stands for „My Crew Is Dope.“
„We’re trying to invite any and all positive people to what was
once exclusively for us. We’ve realized its bigger
than us; as long as you’re not a racist, not a homophobe a
nd you have good intentions then we welcome you to
join the family and spread the love.“ In turn, Wolf’s „Viper Stri
ke“ namechecks MCID in a venomous, knives-out
attack on bigots: „We
’
re all equal except for you/’Cause you’re an asshole with an ugly
point of view“
„It’s a family of positivity that we’re really trying to bu
ild,“ says Johnny. „Our whole purpose is not just about being
some famous fuckin‘ band, but kind of making a movement. M
aking a difference for our generation who are so
constantly misled. We barely made it out of the wrong mentalit
y. We want to help. We’re no fuckin hippies, those
days are gone. The irony is that now you have to „fight“ for p
ositivity. Which is crazy but so be it. We’re strapped
and ready to defend free thinking. When you come to our shows, i
t’s kind of like this family affair

You Can Leave Your Hat On

You Are So Beautiful

Up Where We Belong

With A Little Help From My Friends

Folk metal superstars KORPIKLAANI will be hitting European stages once again with their Russian companions in ARKONA and Dutch folk metallers HEIDEVOLK; all will be presenting new songs. This great folk metal line-up will be completed by trve Norwegian balkan metallers TROLLFEST.

KORPIKLAANI will be supporting their first ever DVD, “Live at Masters of Rock” and currently in process of writing for the follow up to Noita, for an early 2018 release.

ARKONA and HEIDEVOLK are also in the studio working on releases for either end of 2017 or early 2018, TROLLFEST released one “Helluva” album this year.
All 4 bands have a long history with their first releases around 2003-2005 and all sing majority in their home and even own language, as in the case of Trollfest.
Each band has their own unique sound and influences from their regions, bringing together each other’s culture and traditions, all united with a passion for heavy music.

KORPIKLAANI’s Country Cane commented:
„Finally we can announce tours again – we are so excited that we cannot wait any longer to tell you! It is going to be one »Helluva« party with our Pagan Metal Brothers and Sister with ARKONA, HEIDEVOLK, and TROLLFEST. Dear friends and great drinking buddies; this promises to be one of the most fun tours of the year! Great people, great music and sure to be great fun!“